I have this thought every time before I start any new script, because I enjoy torturing myself I guess, but here’s what it is…this is the most important script you’ve ever written.

No pressure at all there, right?

But in the case of Miranda Mercury and the Final Lesson, this lofty declaration might’ve actually been somewhat true. Much of this entire mini hinges on the pivotable first meeting between Miranda and Vega, and if it hits the wrong emotional note, everything just unravels. Jack’s motivation isn’t nearly as strong, Miranda’s shame isn’t as justified, etc. On top of that, I’m always very cognizant of the somewhat suspect portrayal of female superheroes in comic books. I’d already made what I thought was a fairly overt “statement” in #297 about how even the implication of excessive violence and/or sexual exploitation towards our female characters would be handled, so any time I have to do something awful to Miranda, I’m always mindful that it has to be done in a respectful way.

Does that make any sense?

So after coming off the “torture issue,” I was lost in the notes for this one for a long time. The major beats and dramatic turns have been in my head forever, and I’ve literally waited years to type the lines, “I don’t give a damn what you’re granddaddy says—you’re a Mercury woman. No limits.” But still, there was something important missing, an element or turn that the whole thing was lacking. Finally it came to me…Miranda, in a moment of defining youthful and willful arrogance, submits to her strange captor and his strange, mind-altering drugs, confident that she can ultimately handle anything he dishes out, because well…because that’s how it’s always been for her. Since she was 10 years old.

But this turns out to be the worst mistake of her young life, and an event that starts a chain reaction that changes almost every aspect of her existence. But it was something that I felt was human and believable, the kind of rash decision that we’ve all made sometime in our ever so righteous youth, so sure we already know everything there is to know about everything. I felt this turn ultimately didn’t diminish the strength of her character, and turn her into the kind of female victim that I’m sick to death of seeing in comics, movies, etc., and that she was created to rebel against.

In this respect though, she is a victim, but she’s also a participant, and this fact only amplifies the sense of guilt, anger, and shame that washes over her anytime she faces Vega. And Jack Warning being the only other person that knows what really happened in that room makes their friendship that much more important and essential to everything that comes next. 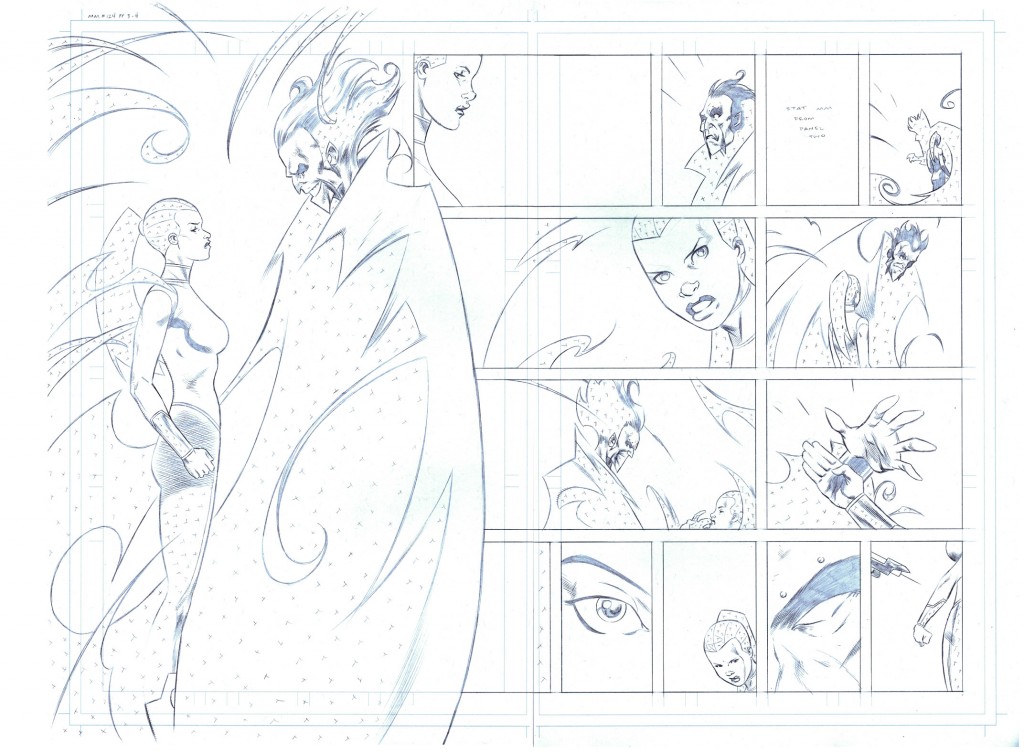